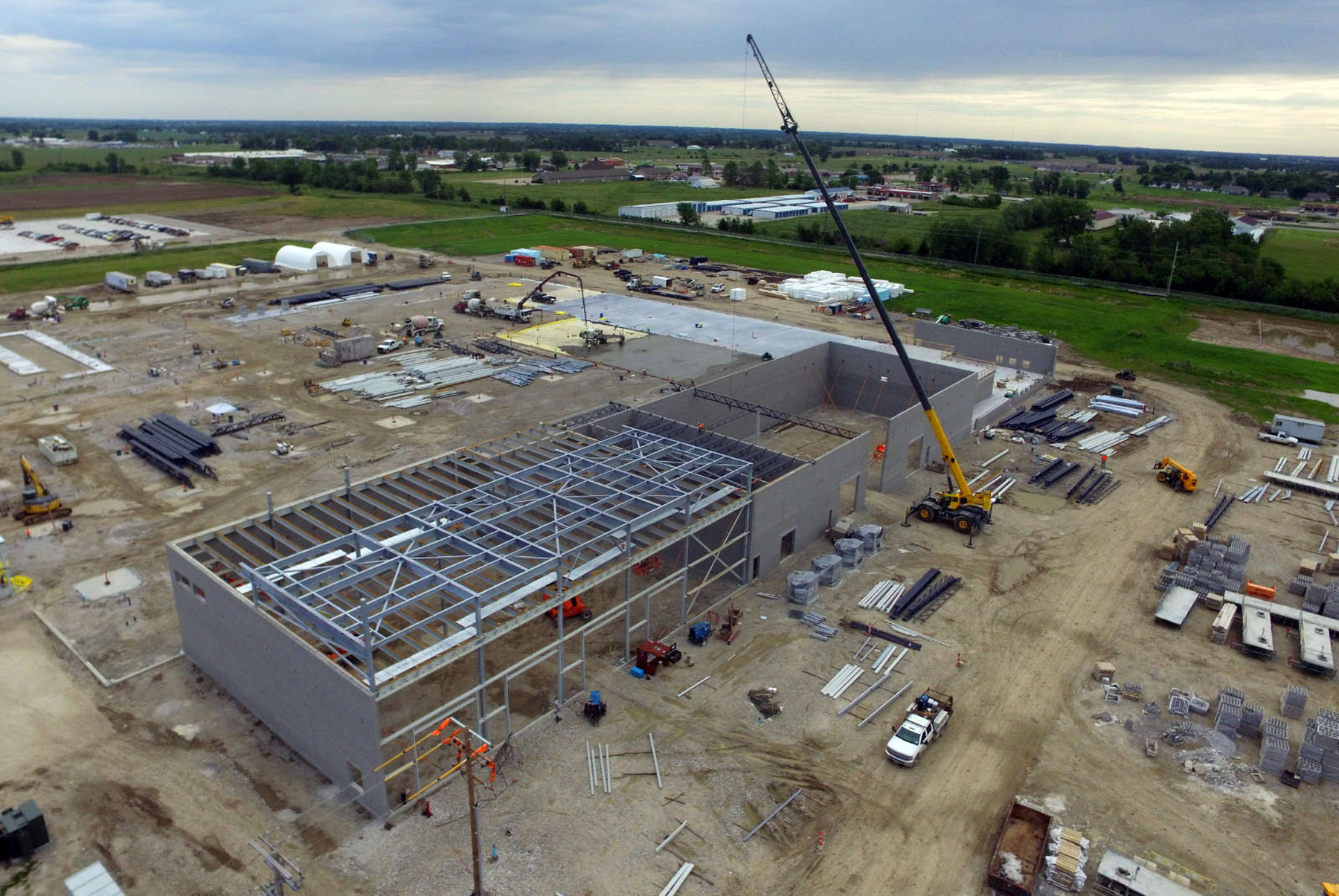 Dean Snyder Construction (DSC), a food and beverage contractor, was approached and selected in December of 2015 by the Kraft Heinz Company for an exciting project at their Oscar Meyer facility in Kirksville, Missouri. DSC was chosen for this project based on past experience with Kraft Foods and the ability to execute fast-paced, complicated projects.

Crews broke ground on January 6, 2016, for a 236,000 SF addition. Being in the midst of winter, DSC chose to core out the soil and build a 5’ thick rock pad instead of a typical building pad. By running rock trucks 24 hours/day to stay ahead of the frost, this also created a pad that could stand up to various weather conditions and not slow construction throughout the duration of the project.

In the same time frame, a 100,000 SF remodel of the existing facility began. Temporary facilities and structures were built, allowing the rest of the facility to maintain production while under construction. A complete removal of all interior machines, finishes, and flooring down to the dirt, structural steel, and roof occurred. This allowed for new process drains and plumbing to be installed along with new walls and reinforcing of the existing roof structure that would eventually support a walk-on ceiling.

This project was the focus of a multi-plant reorganization and had to be completed with a fast-track approach in order for other facilities to proceed with their planned projects. Crews worked 24/7 for eleven months straight in order to get to a point for the processing of meat to begin.