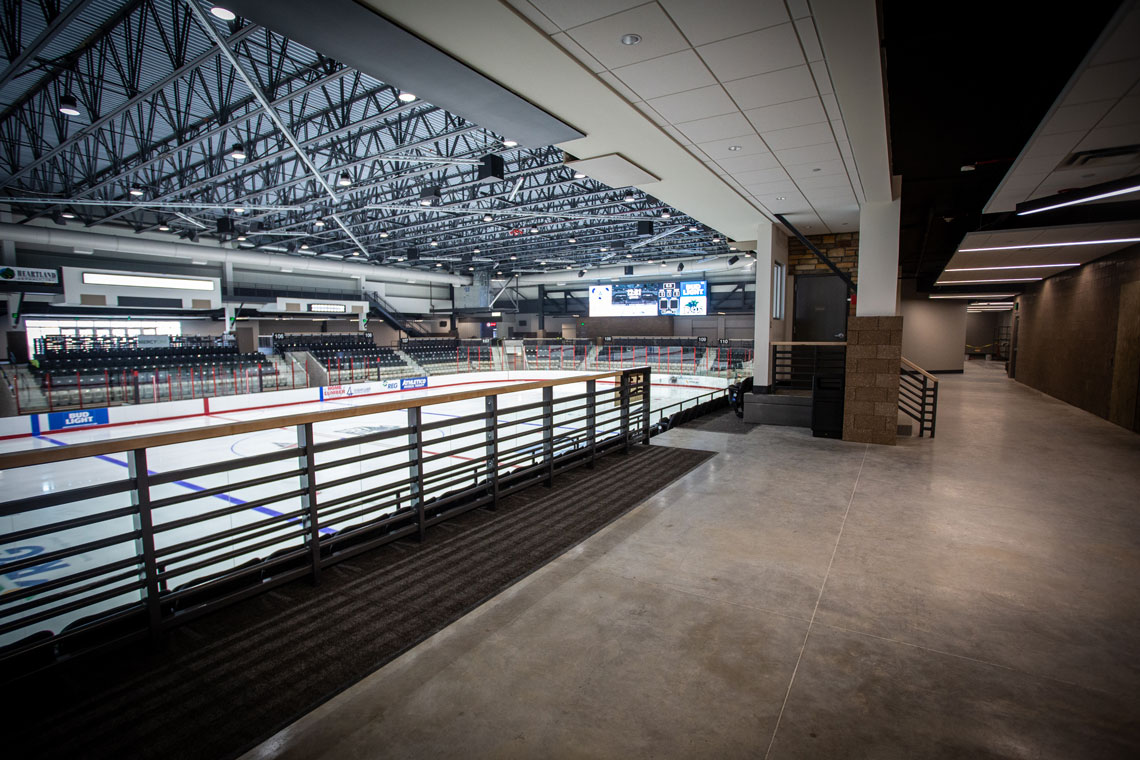 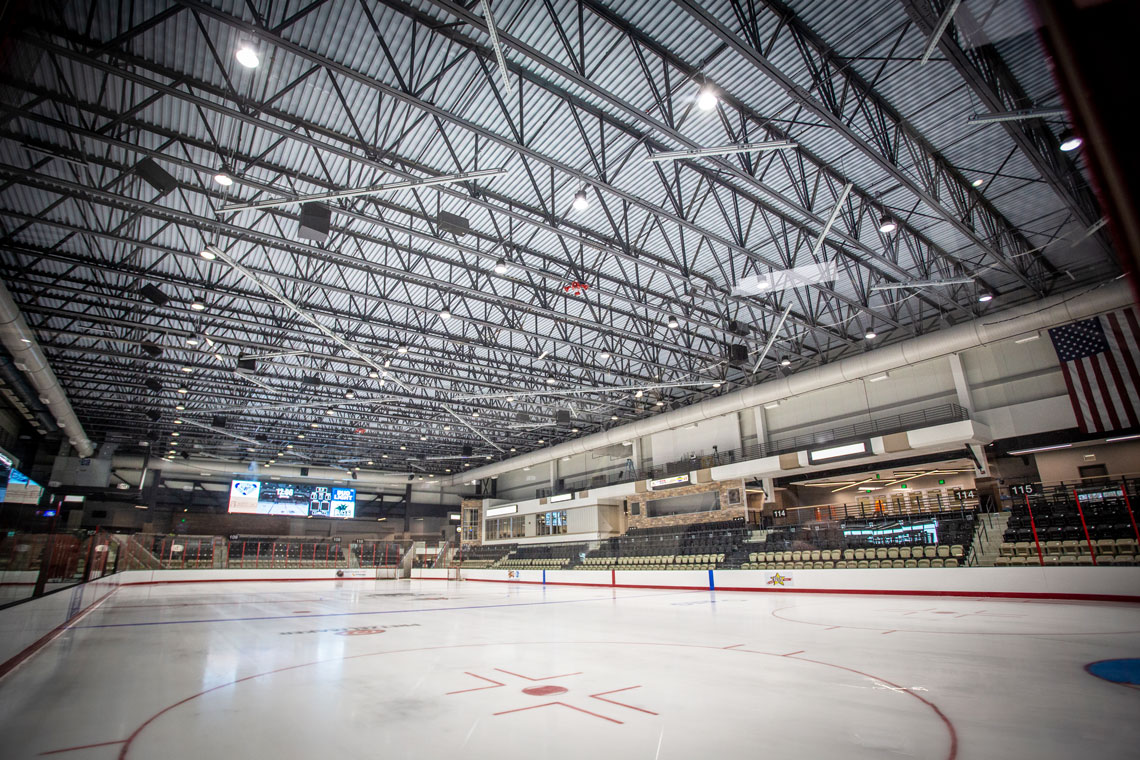 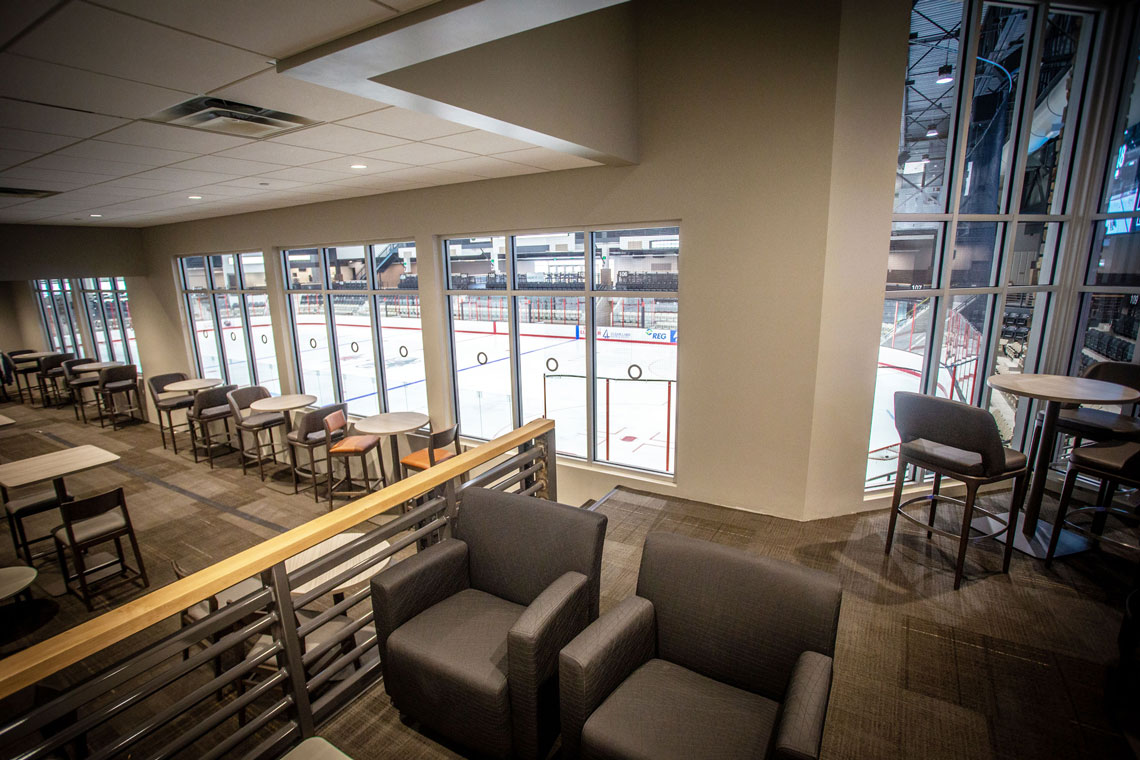 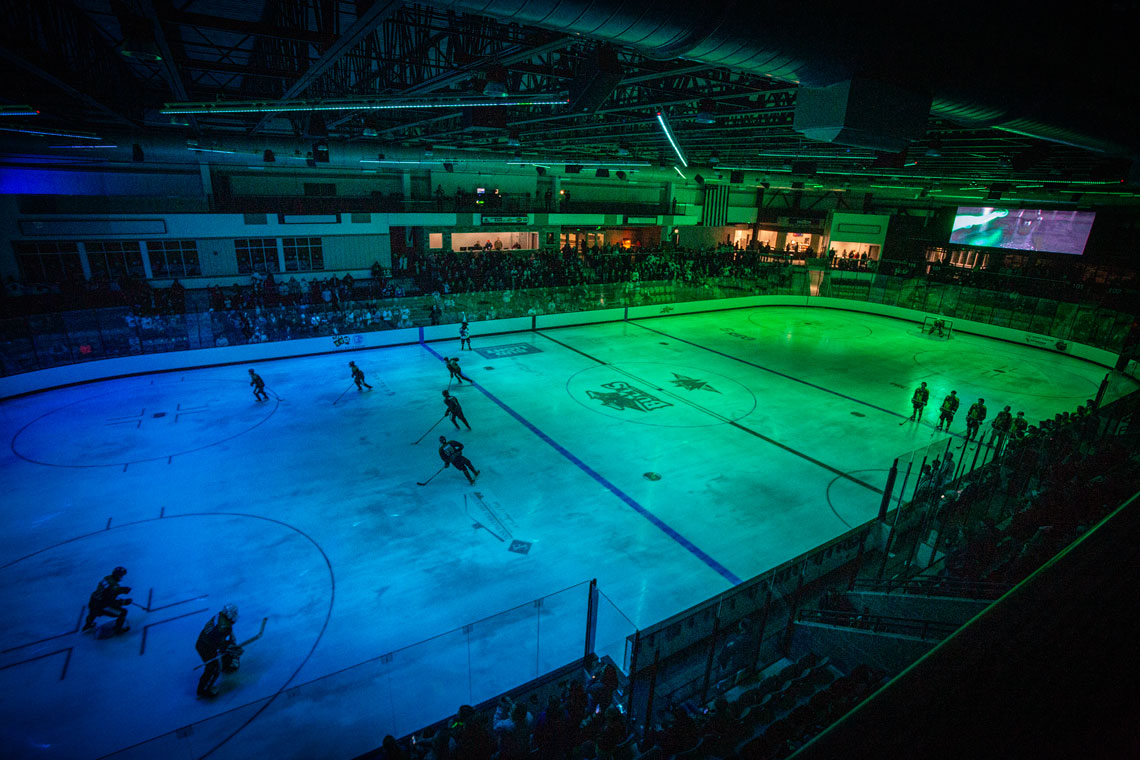 Awarded the three construction phases, Dean Snyder Construction converted the former JCPenney’s in the Southbridge Mall into a space that follows the city’s Prairie Style architectural design. The new facility is 75,000 square-feet with an official NHL-sized ice rink at 200’ x 85’.

In order to start work immediately and work through the cold temperature of winter, a rainy spring, and keep the schedule on-track, DSC crews implemented with the designers a splice detail for the high-volume area columns so that steel could be set under the existing roof. Over 10,000 cu. yd. of excavated dirt, rock, and concrete was taken out through the front doors. Throughout the project, teamwork was essential to staying on schedule as several different subcontractors were onsite daily, often working around each other in tight quarters.

The new venue has a capacity of 3,400 (with 2,044 fixed seats) and will be used for ice sports by the Mason City Youth Hockey, North Iowa Figure Skating, North Iowa Bulls as well as for other athletic competitions and concerts.